How SPACs Stack Up: How we got here and where we’re going 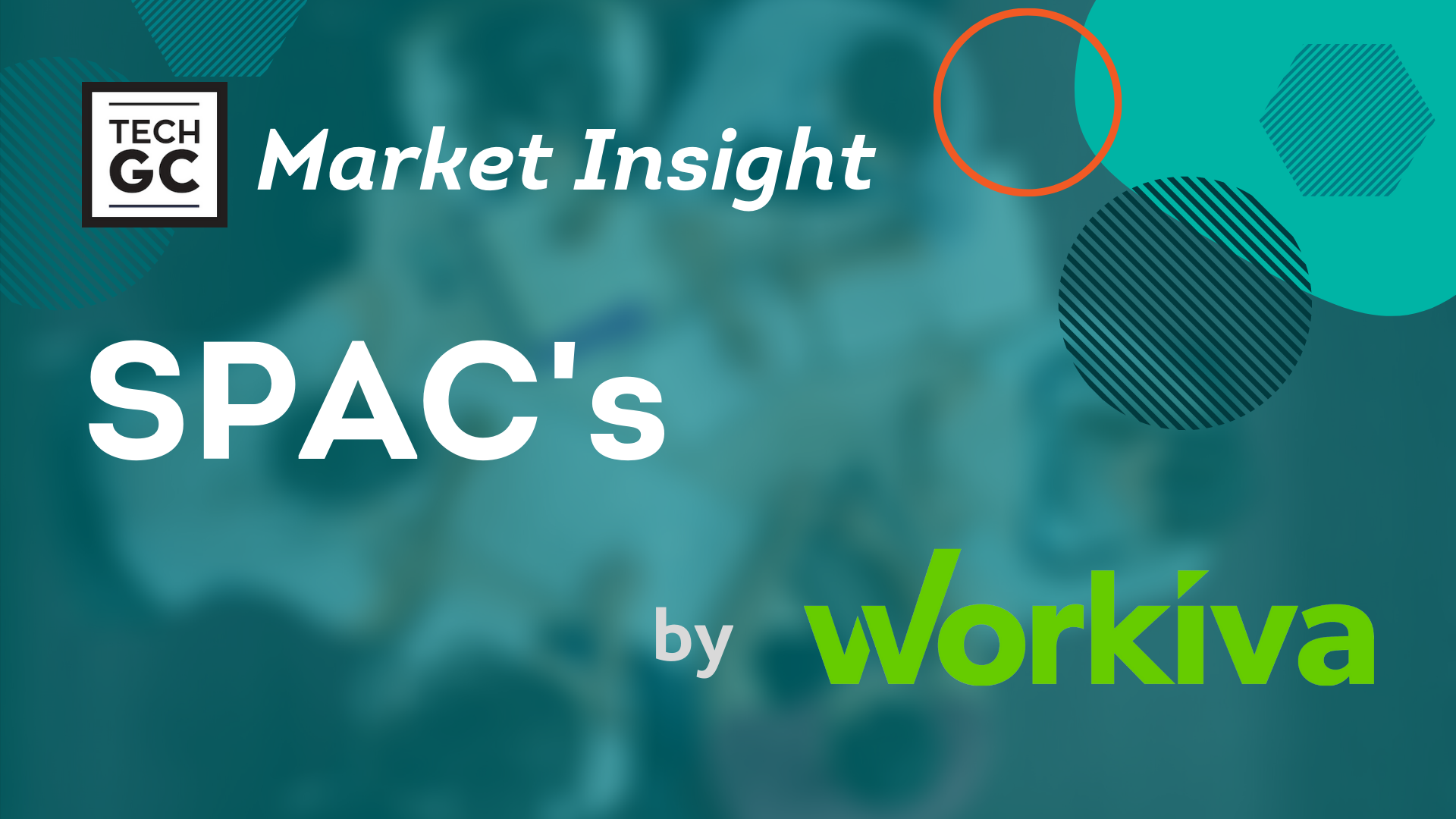 Let’s go back to 2009. The Black Eyed Peas are on the radio, the Yankees are competing for an American League pennant, and while there is industry talk of something called the Marvel Cinematic Universe brought on by last year’s Iron Man, the theaters are filled with Transformers and Harry Potter sequels. Also, there was one, and only one, special purpose acquisition company (SPAC) IPO.

Now it’s 2021 and everything’s different (except for the Yankees). Theaters are empty. You are more likely to find black-eyed peas on a plate than on a stage. And there were more SPACs in the last year (248) than the previous 11 years combined. Now, at 218 SPACs by the beginning of March 2021 and counting, it looks like we’re headed for another record breaker. All these things are related (except for maybe the Yankees). Let’s go in depth on what SPACs are, why are they blowing up right now, and what you need to be aware of.

What the SPAC is going on?

In short, a SPAC offers a way for a private company to go public—but it’s much more complicated than that. Strictly speaking, a SPAC is a publicly traded shell company, started by sponsors, usually a group of accredited and high-level investors.

Think about it like joining a club or a Greek house on a college campus; a traditional IPO is like when a new recruit is accepted through the arduous vetting and interview process, and a SPAC is like a sponsor, somebody already in the club who can vouch for you and make it easier for the other members to accept you. That’s what’s attractive about SPACs for private firms; it’s faster, and there’s less pricing volatility—especially during the pandemic when market fluctuations can doom a traditional IPO. Plus, you don't have to jump through all the hoops of the traditional IPO process which involves extensive effort working with underwriters, attorneys, and other advisors to complete and file the public offering. Instead, the private companies can simply merge with a SPAC and become public.

That’s not to say there aren’t risks. There is evidence that the SPAC boom may bust, as indeed the reverse merger craze fizzled out a decade ago. SPACs can still be expensive as a private company can hand over a 5% stake in the newly public company to the SPAC sponsor. Plus, all SPACs aren’t created equal. There are poorly managed SPACs, untrustworthy SPACs, and SPACs that don’t understand the businesses they are buying. A SPAC shell typically exists for two years, just enough time to either find the right business to purchase or be dissolved. Merging with an older SPAC may be a sign that the SPAC is desperate for fit based on convenience as opposed to business goals.

Just remember that every financial transaction involves risk, and when timing is a factor, those risks might increase. Even though in the current market the risks associated with SPACs have not deterred investors, it is important to be aware of the risks and prepared to have a process to work through them. A heavy portion of these risks will need to be assessed and managed by legal teams. It's critical that these legal teams understand their roles and responsibilities they play in a SPAC merger.

A merger with a SPAC is a capital markets transaction, so legal teams and general counsels will be heavily involved throughout the process. Legal teams will be engaged to help vet the SPAC and its sponsor, on top of deciding whether using a SPAC vehicle to go public is even the right path.

A key factor involved in that decision includes speed to market. SPACs are faster than traditional IPOs (two or three months compared to six to nine months, respectively) but they can be more intense, requiring finance teams to produce years of audited financials and extensive disclosures. SPACs became popular last year because market turbulence made going public faster an attractive option. As the economy stabilizes, that need for speed may lessen.

As shell companies, SPACs don’t sell products but they do offer expertise, so a general counsel had better know what areas their company is lacking that the SPAC can augment. Merging with a SPAC is a strategic move that may pay dividends (or spell disaster) long after the merger, especially if sponsors stay on in advisory or board capacities. Making sure the company can trust the SPAC is the legal team’s chief concern. Will your reputation be harmed by this SPAC? Might your current shareholders’ stakes be unduly diluted because of the merger? These factors all play a role.

Once you’ve found a SPAC that fits your capital needs or industry profile, it’s time to negotiate terms of the merger, including founders’ shares, closing expenses, and governance after going public. This stage is not too different from any merger, requiring acquisition agreements and a Form S-4. Where they differ is that SPAC deals require more confidentiality than other negotiations because of insider trading. The legal team is in charge of the control environment, reviewing press releases, and other public disclosures.

Legal teams then must prepare for SEC review and regulation. This means your company will be required to re-do your financials for all relevant years to incorporate the necessary accounting standard changes accepted by the SEC—a significant difference for many private firms, especially true in the areas of taxes which are likely more complex as a public company than they were before.

All told, a legal team can anticipate being heavily involved in the structure of the transaction, negotiating letters of intent, the merge and ancillary agreements, and more. Counsels must assist in the preparation of proxy materials, weigh in on other shareholder approval issues, and assist with all kinds of forms.

An 8-K must be filed with the SEC no more than four days after closing and once that is done, you are obligated to remain current with all SEC reporting from the 10-K annual report to 20-Fs. If you thought you were minding your P’s and Q’s before, get used to a whole bunch of new letters.

Going public via a SPAC offers incredible advantages for businesses that want to scale, but the transition means playing by different rules (that you then have to learn). If you don’t have airtight processes to handle your new reporting needs, you won’t hit the ground running—you’ll just hit the ground.

Workiva is a connected reporting platform that simplifies the overwhelming complexity of different reporting demands under SEC regulations and offers solutions for businesses both pre- and post-SPAC. Workiva benefits accounting, finance, and legal teams because it automates the time-consuming and error-prone manual tasks of data collection and formatting by linking numbers, data, and text across documents. Everything is done in one place, with access control down to the cell, and updates in one location are made automatically everywhere. There’s an audit trail for all changes and comments, assigned tasks, feedback, and blacklines are created within the platform.

This provides faster, more reliable S-4 forms (plus any number of other Act ‘33 deals that make up capital market transactions) so you can fulfill the speedy requirements of the SPAC. Plus, Workiva is the leader in ‘34 Act compliance, supporting the creation and filing of more than 350 SEC form types, keeping you up to speed once you go public.

The world of SPACs is evolving in real time, and businesses, investors, and the market are still trying to figure it out. TechGC hosted a forum on the topic in February and peer groups of all kinds are pooling resources to help each other out. What is known is that certain private businesses will always want to go public, and as long as regulators exist, doing so will require financial reporting. Given those static truths, having a better, more efficient process powered by technology can make a difference. SPACs offer some companies a competitive opportunity. Good reporting processes offer all companies a competitive advantage.

Workiva
Workiva is a global Software as a service company. It provides a cloud-based connected and reporting compliance platform that enables the use of connected data and automation of reporting across finance, accounting, risk, and compliance.