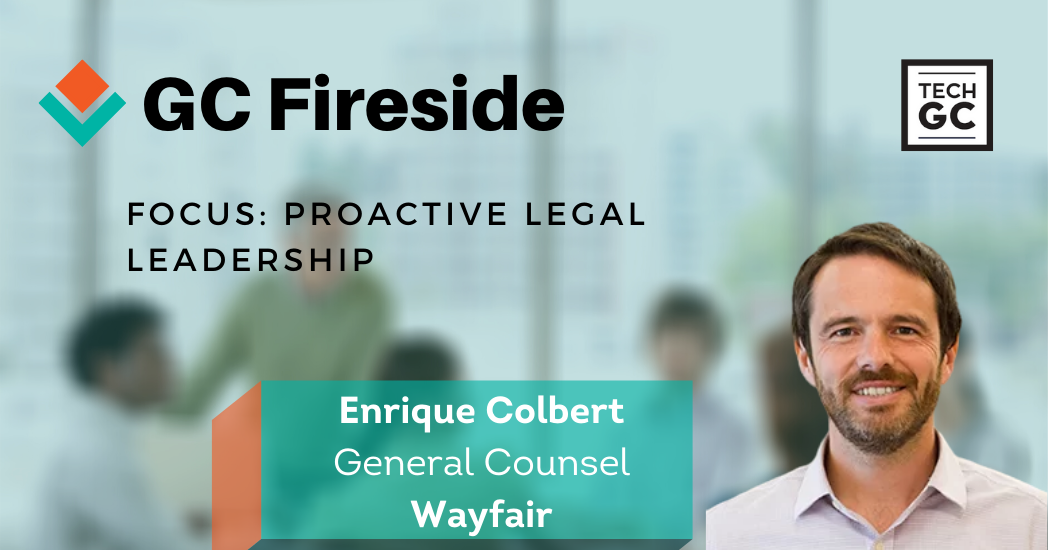 Why did you join Wayfair?

As with many things in life, mainly I got lucky with timing.  Around the time Wayfair was looking to hire its first in-house lawyer, I was finishing up at Aveksa, which had just been acquired by EMC.  Aveksa’s CEO Vick Vaishnavi reminded me that Neeraj Agrawal, an old friend from our days at BladeLogic, was a board member at Wayfair. Vick and Neeraj made some introductions and the rest is history.

What attracted me to Wayfair was its track record – over a decade at that point—of spectacular growth. I am a lifelong Bostonian, so being part of a local company that had so much potential was irresistible.  Obviously, our success has continued since I joined and we still have a tremendous amount of opportunity ahead..

Continued growth obviously brings challenges. You have to focus constantly about where the company is now, and where it will be a year and beyond, and prepare accordingly. Wayfair is different than it was last year, never mind five years ago, and will be a different company next year.

What were the immediate challenges after joining Wayfair?

I knew that Wayfair was on a trajectory to go public, but I didn’t think it would happen so soon. When I walked through the door, CFO Michael Fleisher told me that we were doing a $157 million Series B round—and then we would go public the same year. It was a little intimidating but a great immersive experience.

Separately, Wayfair had never had an in-house lawyer before.  Luckily, I had been the first lawyer at my previous two companies, and I had the right mindset to start a legal function from scratch. That has served me well at Wayfair.  When you grow 30-40% per year, you need to have an expectation of continuous learning.

What was the expecation of you upon joining Wayfair?

I had managed smaller teams in house and other lawyers on individual projects in the law firm, but Wayfair would be different by virtue of its rapid growth and eventual scale, and the increased demands that come with that.  At Wayfair one of our core cultural tenets is that “we are manager doers.” So the expectation of me coming into the role was that I would do everything myself until it made sense to add lawyers. Right now, we’re a team of about 12 people—still lean given Wayfair’s size.

What are hiring philosophies for building a legal team?

I have a few. First, we cast a wide net and interview a lot of candidates.  Similarly, we hire generalists when possible and let them learn on the job. I think in-house lawyers tend to favor immediate productivity in a role and undervalue long term potential.  The GC at my first in-house role and one of the most important mentors in my career, Mike Cayer, hired me despite my having no in house or software experience, and I was very fortunate.

A corollary to this philosophy is that I tend to prefer lawyers that are currently in law firms. They tend to be hard-charging, intelligent and detail-oriented.  There may be a slower ramp to productivity, but not as long as you might expect.  On the other hand, you need to be extra careful about making sure you hire lawyers that will adapt and thrive in a different environment.

Finally, when hiring, there’s no substitute for effort in the recruiting process. I look at every resume that comes across the wire and will interview as many candidates as necessary to find the right person.  With a group our size, we view every hire as critically important.

What is your adivce to lawyers beginning to manage people?

Legal teams will always be smaller than equivalently important teams, and even senior lawyers and GC’s will be individual contributors in addition to managers.  I’m sure that will ring true with many of our TechGC colleagues, who run 1 or 2 person teams. So I think I would frame your question from the perspective of what it means to lead a small team: go deeper into the work itself than most of your peers at the company; lead by example, in particular in how you interact with your internal clients; and work hard to keep your team cohesive and aligned.